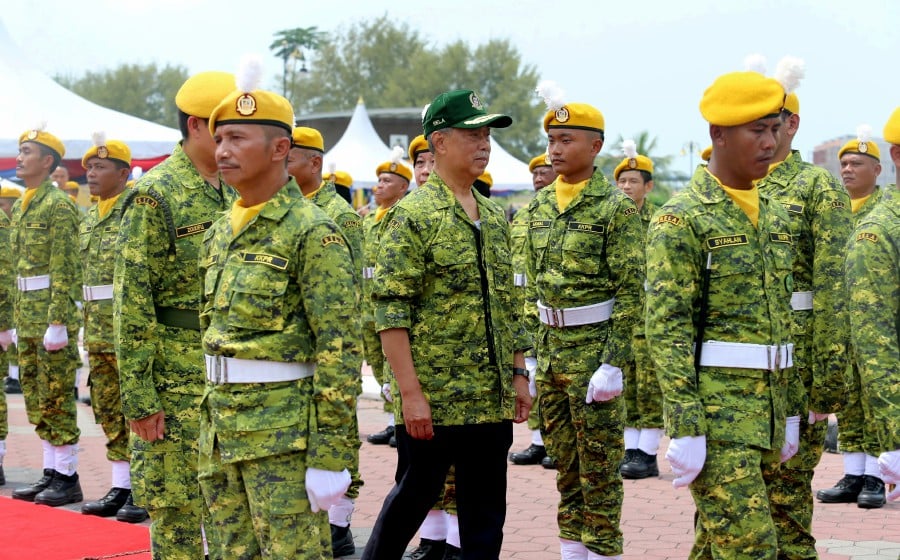 PONTIAN: The government will wait for the Prevention of Terrorism Board to decide the fate of militant Yazid Sufaat before deciding on the next course of action.

Home Minister Tan Sri Muhyiddin Yassin said the board would hold a meeting before the end of his detention period, next month, by examining various conditions during the detention including his conduct.

“I have not come to the final decision, I just reviewed the matter and the two-year detention under the Prevention of Terrorism Act (POTA) is likely to end soon.

“Regardless, there is a procedure before the final decision is made through a single board (Prevention of Terrorism Board) where it will look at the circumstances during the detention period and how he (Yazid) has behaved, whether he has improved or not. This will be looked at and then the decision will be made, ”he said.

Muhyiddin, who is Member of Parliament for Pagoh, said this to reporters after attending the ‘Malaysian Volunteer Corps Department (RELA) with the Leader’ event here today, which was also attended by RELA director-general Zulkifli Abidin.

“In any case, I cannot decide before the board meeting and the board has not yet met to look at the case,” he said.

It was reported that Yazid, 55, who is directly linked to the Sept 11, 2001, attack on the United States, may be released from detention next month and that the release may raise concerns among anti-terrorism officials in the country.

Yazid, a US trained biochemist, has been detained at the Simpang Renggam Prison, near Kluang, for past two years under POTA where the law allows the suspect to be detained without trial for two years.

In Kuala Lumpur, Inspector General of Police Tan Sri Abdul Hamid Bador said a detainee should be released if he has repented and has shown good behaviour.

The nation’s top cop said he had yet to receive the latest feedback regarding Yazid.

“I am of the view that a detainee should be given an opportunity to be released if he has repented and has shown good behaviour,” he said.

Yazid, a former army captain, was first arrested in 2002 under the Internal Security Act (ISA).

He was released in 2008 after undergoing rehabilitation and showed signs of “remorse” and “repentance”.

However, he was detained for a second time in 2013 under the Security Offences (Special Measures) Act (Sosma), the legislation that replaced the ISA, for recruiting new members for the Islamic State in Iraq and Syria.

This led to a four-year jail sentence in Tapah prison.

In December 2017, Yazid was re-arrested under Pota after the authorities found that he had been recruiting fellow inmates for al-Qaeda while in jail.

It was also reported that Yazid had acquired four tonnes of ammonium nitrate to prepare for a series of bombings in Singapore in 2000 before the plot by the Jemaah Islamiah terror network was foiled.

According to Singapore’s Straits Times, Yazid attempted to cultivate and load anthrax onto weapons in Afghanistan in the 1990s.

His home in Kuala Lumpur was also used by senior al-Qaeda members for meetings, it said.

In one meeting, they discussed plans to crash planes in the United States on Sept 11,2001.

The Straits Times said Yazid was the only Malaysian with direct links to the attacks.